A while ago I wrote a rather theoretical post about using GitOps for embedded devices. This time it is hands-on: With the tools Mender, git and Ansible I turn a minimal, headless Debian setup on a Raspberry Pi 4 into a kiosk terminal displaying a web page of choice in full screen mode: 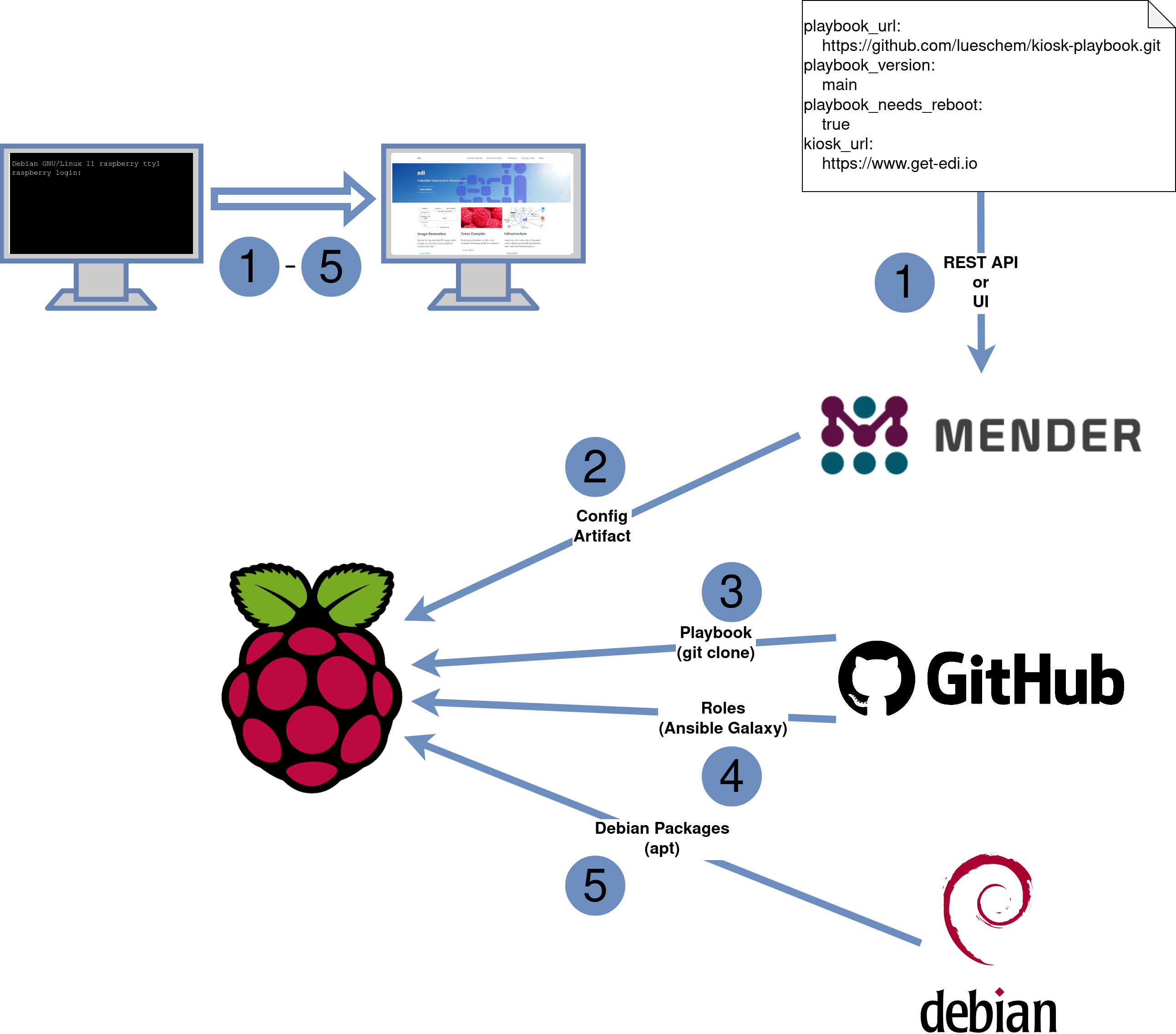 Using Mender we send the per device parameters to the IoT device: 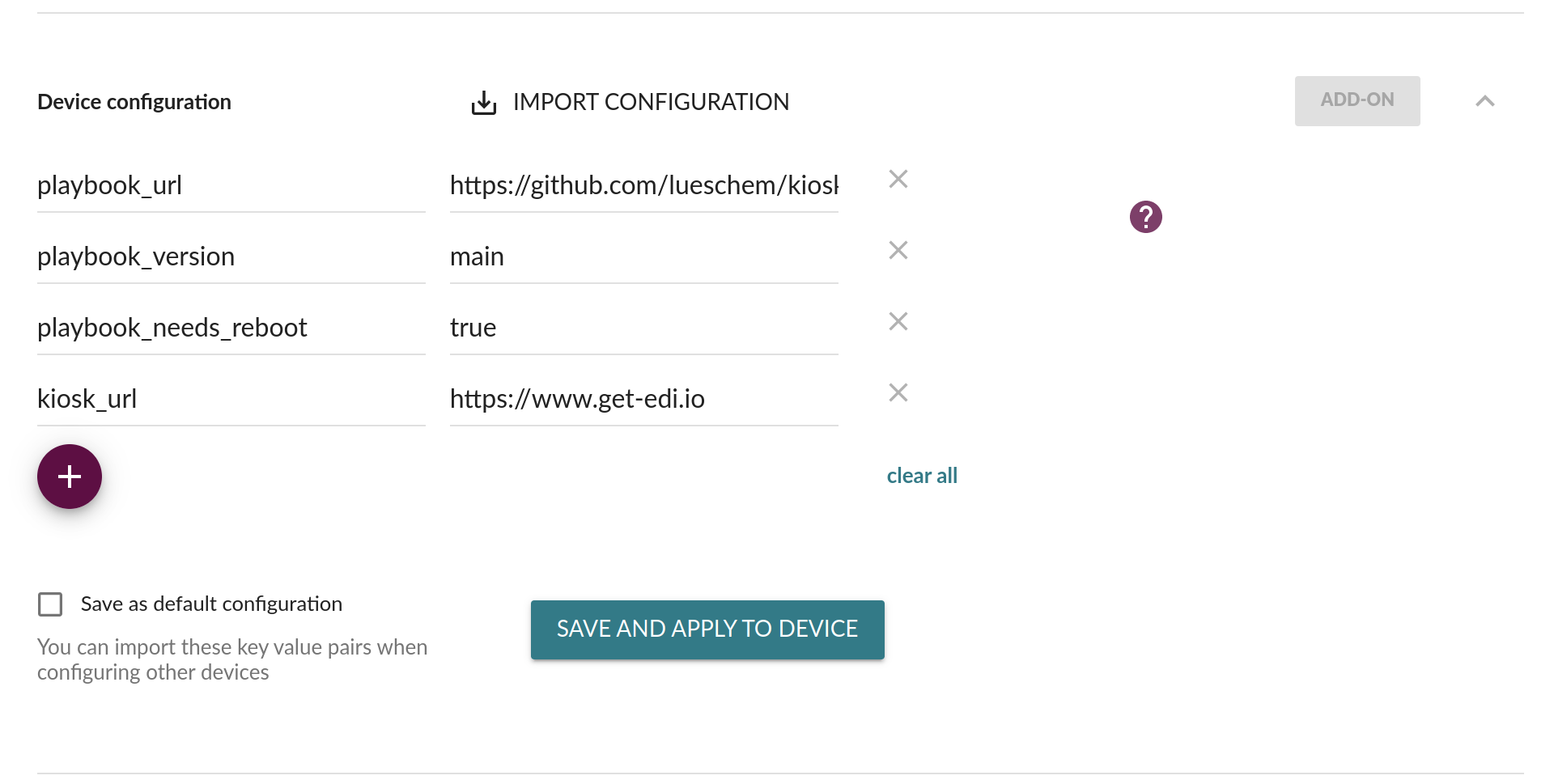 This is all - when hitting the “SAVE AND APPLY TO DEVICE” button this data gets transferred to the device as a json file wrapped into a Mender artifact. On a bigger fleet you would of course not enter the above values manually but rather use the REST API instead.

When Mender applies the configuration to the device it calls hook scripts in a .d folder. Our hook script looks like this:

Git is being used as the (almost) single source of truth. Every change on the playbook can be properly tracked and a well-defined setup of the permissions of the git branches allows you to enforce quality gates before the modifications get rolled out to the entire fleet. git by design scales up to large fleets and by using https to clone we make sure that we are not blocked by a typical firewall.

With the help of git the above hook script clones the playbook that we configured on Mender. Within the same repository there is a requirements.yml file that specifies the roles that the playbook depends upon:

In our case ansible-galaxy will pull the role ansible-kiosk which is actually a role that I cloned from Pawel Krupa (slight modifications were needed to make it work on Debian instead of Raspberry Pi OS). Behind the scenes ansible-galaxy is obviously also interacting with git.

Now that the Ansible playbook and all the roles (here it is just one role) are present on the device, the command ansible-playbook gets used to apply the playbook

on the device itself.

The role ansible-kiosk will then install the required packages such as xserver-xorg, openbox and chromium, configure systemd, autologin and openbox. Thanks to apt the device knows exactly which packages to install including the required dependencies. As the playbook is getting executed locally there are no ssh related issues as written here.

Of course, you would now like to check (from remote) that the kiosk terminal is showing the right page (e.g. using a remote terminal):

And indeed - this is what the Raspberry Pi displays on the attached screen: 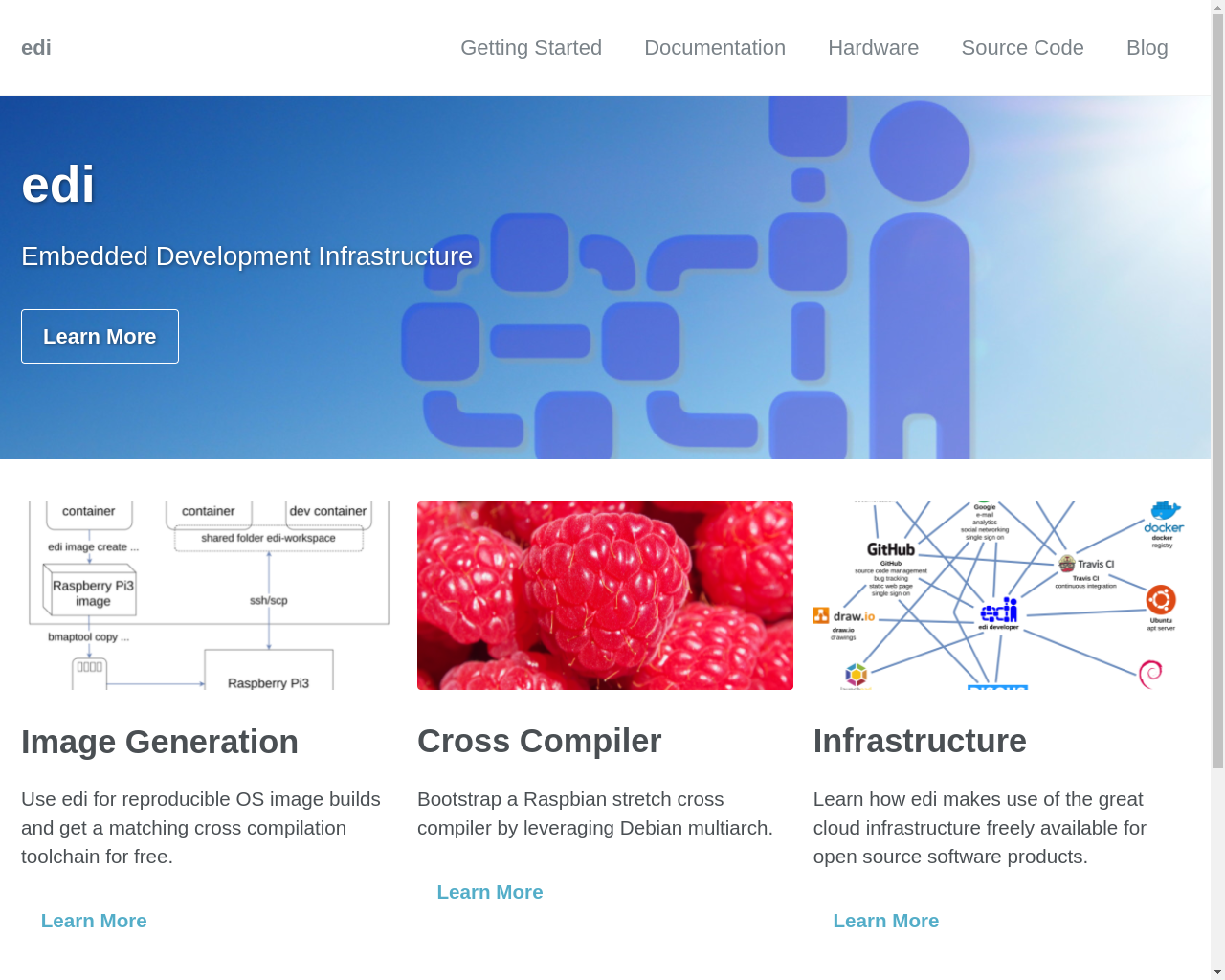 The above example shows how easy a headless Raspberry Pi 4 got transformed into a kiosk terminal. Needless to say that the kiosk terminal was just an example and that the same headless Raspberry Pi 4 could be transformed into something else by just modifying the parameters given in step 1. The backend setup is lightweight, scalable, and it reuses powerful tools that are already familiar to the developers.

At the moment the minimal headless Raspberry Pi 4 update image preloaded with git and Ansible is about 235 MB big. Without Ansible and git preloaded the image will be about 100 MB smaller. Alone the refactoring of upcoming Ansible and pycryptodome releases will help to significantly shrink the size of the update image again.

If you would like to try out this GitOps ready setup right now then clone the edi-pi repository to get started (the image build command is sudo edi -v image create pi4-bullseye-arm64-gitops.yml).